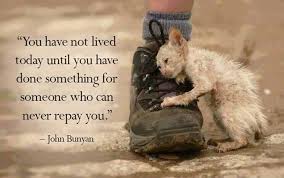 Something close to my heart is, has been and will always be animals. More specifically, animal cruelty and helping those less fortunate. I was taught to save everything, my mother is a kind, amazing woman. A little quirky at times, but aren’t we all. My mother has saved every animal you could possibly imagine that resides in the Northeast, earning her the nickname Nona (a female take on Noah). Instead of having two of everything we’ve had two-ten! You name it and I probably had it as a pet growing up, it was also more likely than not named after a Disney character or something pertaining to hockey. I had Ariel and Winnie the sheep, Tom the turkey, Simba the cat, Belle the bunny, Byron and Dafoe the hermit crabs, Stanley the cat, Stanley, Bruin and Puck the fish and the list goes on and on. My family has never met an animal it wouldn’t rescue, rehab, foster, etc. So, the concept of helping animals in need was programmed into me at a young age. Growing up it was a running joke that my Mom would probably choose an animal over her kids; in retrospect I’m not quite sure it was a joke!

Regardless, I’ve been raised an animal lover through and through. While I’ve had all of the aforementioned pets plus a million more, none ever truly felt like mine. Until, Ryder. As I embark on her 5th birthday later this month, I wanted to share our story, written back in the summer of 69′, ahem 11′:

In August of 2011, I went on a little trip down to North Carolina with my brother to visit our sister. A hot sunny Carolina Sunday morning can be spent doing one of two things: going to church or perusing the flea market. We chose the latter option.

This particular flea market was 500 tables of you don’t know what you’re going to find. Well around table 457 I found love. Of course you’re probably thinking that I’m crazy and that’s okay. But balanced on a piece of cardboard on top of a wire chicken crate was by far the dirtiest, grimiest, matted, sunburned, bruised, skinniest, sick looking pup I’d ever seen. Yet when I looked at the pup, I knew that nothing else mattered in that moment then saving her. I charged the table, ensconced the pup in my arms and refused to let go. The man was asking $25 for her, honestly I would have paid $2500 just to get her out of his clutches. After a little bartering my brother whipped out a $10 bill and offered it up to the guy. Not because we were being stingy on paying for the puppy, it was more on principal. Why should someone make a profit from abusing an animal? The man took the $10 and we booked it out of there; puppy still wrapped in my arms. The road to a healthy puppy hasn’t been easy, she was both physically and mentally abused. Terrified of the sun, rain, people, etc etc. It’s safe to say that now over a month later, with lots of tlc she’s doing just fine. She’s a little all over the place, but then again so am I. She likes the cool fall air far better than the hot summer sun and apple slices and peanut butter slices are a favorite treat choice, long hikes and road trips are her thing; although I think she’ll go into shock when she’s too big to sit on the front passenger seat. Simply put Ryder is a perfect fit to my outdoorsy, go with the flow personality. If I had even questioned this for a second the following story sealed the deal.

A few days after flying her back to Boston, I left her in her travel duffel in the car to run a quick errand. Gone literally 5 minutes at most, when I returned back to the car Ryder wasn’t in her crate. I panicked, honestly I would have probably sent out an amber alert if they had them for dogs. I left her for 5 minutes and she was gone, my world crumbling, previously mentioned panic setting in and so on. Until, I heard a tiny whimpering coming from the back of my SUV. The tiny whimpering was coming from my pup who had somehow managed to escape her travel bag and finagle her way into my hockey bag. Of all the joints …

The reason for my sharing this story, beyond Ryder’s upcoming 5th birthday, is that with the increase in social media, I continually read stories about abused animals. But with the increase in stories, comes an escalation in both awareness and the rescue mentality. More and more people are choosing to adopt, and rescue those in need. As awareness is raised, my heart becomes full knowing that there are people in the world who share my mentality on saving animals and showing kindness.

I won’t lie and say that rescuing a puppy has been an easy road, it comes with challenges. It can be said that it was both the best and worst decision of my life all rolled into one. It wasn’t planned, it wasn’t wanted, but the good has far outweighed the bad. I never would have been able to live with myself had I left her. I always would have wondered what had happened to “that puppy”. Now I know that puppy will hopefully live a long, happy loving life. Ryder is one puppy in a large pool of animals who have had a rough road. For many, the option to go out and spend hundreds of dollars on the perfect purebred, top notch, blue ribbon puppy is the only choice, and you shouldn’t be condemned for that. However, you can take the risk and create your own perfect pet by putting forth hundreds of pats, hugs and kisses and be a life changer for one a bit less fortunate than the rest. Perhaps you don’t want a dog, puppy, cat or kitten now or even ever. Perhaps you do. Either way, helping out an animal is certainly the way to go and I’ve outlined a few different ways to accomplish it.

1) Volunteer: Spend an hour each week, a day each month, a day every 3 months at your local shelter. They’re always looking for someone to help out. Granted it probably won’t be glamorous and might involve some cage cleaning, but chances are it’ll involve dog walking and cat snuggling also!

2) Donate: If you can’t donate your time, you can donate all different ways. Donations don’t have to be in a monetary form. Many shelters look for old sheets, blankets, towels, washcloths, newspapers, etc. Pick up the phone and ask – many local shelters have accounts with gift list through major companies like Amazon, or a “wish list” on their website.

3) Adopt: Beauty is in the eye of the beholder and every pet is special. So give that cat, dog, puppy, kitten, rabbit, gerbil, etc a home where they can be loved.

4) Foster: Adopting a pet is a big commitment in many ways. Fostering can be another option to help aid an animal in need until someone who can make that commitment comes into the picture.

Here are a few links that might be of interest:

The American Society for the Prevention of Cruelty to Animals: Here you can read about animal cruelty, ways to prevent it, make donations, etc
http://www.aspca.org/

Animal Shelter.Org: This site allows you to put in the kind of animal you’re looking to adopt, size of the pet and a zip code. It will then give you a list of all the local shelters in your area to check out. It also has the option to look up shelters by state.
http://www.animalshelter.org/shelters/states.asp

Adopt an Animal: This site runs on the same principals as the site mentioned above, but it’s strictly for shelters in Canada.
http://www.adoptananimal.ca/

The Pet Foster: This site outlines basic information on fostering a pet and how to locate pets in need of foster parents.
http://www.petfoster.org/

“No act of kindness, no matter how small, is ever wasted,” -Aesop

Advertisement
"In all the chaos and hurry, do not forget to notice the beauty and miracles of this world. Slow down. Notice. Observe. Be aware. Allow presence and awe to come back into your life." - Brendon Burchard
"Watch your thoughts; they become words. Watch your words; they become actions. Watch your actions; they become habits. Watch your habits; they become character. Watch your character; for it becomes your destiny." - Upanishads
"A single act of kindness throws roots out in all directions, and the roots spring up and make new trees." - Amelia Earhart
"5 Things Yoga has taught me: 1. Honor Your Body 2. Let go of things that no longer serve you 3. Breathe 4. Be present and okay with it 5. You can achieve more than you think."